The Uyuni Salt Flats Bolivia are an astoundingly beautiful place to visit. It is the biggest salt flat in the world, and it seriously takes your breath away. All you can see is crisp, clean, white for days along a bright blue horizon.

If you are making the trip to Peru and can spare a few more days it well worth the journey. The best way to do it is by booking a bus from La Paz to the town of Uyuni and booking a tour directly from there.

My friend and I ended up taking an overnight bus from La Paz to Uyuni and booking a tour for that same morning. You could also choose to go a day earlier and spend a night in a hostel before your tour.

Once you are in Uyuni you will see an option for two different tours. Either one or three days. We unfortunately only had time for a 1-day tour which was amazing. However I would highly recommend doing the 3-day tour if you have time, as I have heard nothing but great things from other travellers.

After spending about 20 minutes exploring this train graveyard (which is all you really need) we headed to a tiny little village that had a salt museum. After walking around this village, seeing the museum and attempting to speak Spanish with the locals (my Spanish was horrible at the time), we started driving into the salt flats.

It amazed me how long we drove on here for, they go on for miles and miles. 10,582 square kilometers to be exact.

According to our tour guide people used to be allowed to rent cars and tour it themselves but they stopped it because people would actually get lost and go missing for days. Since you can’t see anything for miles you could easily have no idea how to get out of them. Scary stuff!

We stopped for lunch at an old salt hostel that has been turned into a place for lunch for tourists. I believe this was done to limit the amount of driving to the middle of the flats, helping to preserve them.

After lunch we headed towards the other side, which had mountains bordering it. We took some pictures that had some water to see the “giant mirror”.

We then headed to Isla Incahuasi, a beautiful island filled with desert cacti in the middle of the salt flats. Takes about 15 minutes to trek to the top and get an amazing view of the flats and island around you.

As the sun was starting to set we drove off and stopped to take a few more pictures. A perfect way to end the perfect day.

What you’ve all been waiting for. The amazing, creative photos you can take at the Uyuni Salt Flats Bolivia. After being inspired by other people’s photos I had seen both on Instagram, my tour group and I tried to imitate some of the cool ideas. Some were thought of on the spot of course and turned out even better than I could’ve imagined!

If the Uyuni Salt Flats Bolivia aren’t on your bucket list yet, I hope they will be now! It was such an easy and cheap experience, especially if you are already going to be in Cusco, Peru doing the Machu Picchu Trek.

Who is Kira? Digital marketer by trade, traveller by heart. Just a regular 20-something Canadian girl that fell in love with travelling. All it took was a solo backpacking adventure around the world. Kira is a total beach bum and loves everything to do with the outdoors. Especially hiking, biking, yoga, and cooking up delicious vegan friendly recipes. Take a look around and don't be afraid to hit that contact button to get in touch.

This site uses Akismet to reduce spam. Learn how your comment data is processed. 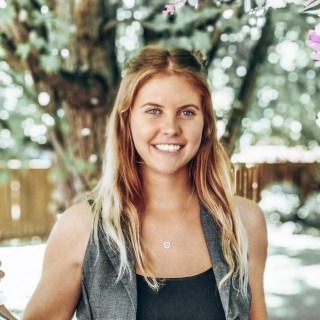 Who the heck is Kira? Digital marketer by trade, traveller by heart. Just a regular 20-something Canadian girl that fell in love with travelling after backpacking solo around the world for a year. Total beach bum and loves everything to do with the outdoors. Especially hiking, biking, yoga, and cooking up delicious vegan/vegetarian recipes! Take a look around and don't be afraid to hit that contact button to get in touch.

If you don’t take a picture with your ice cream

Summer loving with my favourite ladies in my favou

One more from Canada day because my friends and th

Happy Birthday Canada ❤️ - So proud to be from

When you only have one week before you get to move

Loving this warm weather because that means smooth